Most people think that estate planning is something that is reserved for older people but that is not true at all. It is never too early to plan your estate as you never know when the unthinkable can happen. Here are some ways that you can plan your estate under forty.

It’s never too early to start estate planning, and if you already have a family, getting your personal affairs in order is a must. The sooner you start planning, the more prepared you will be for life’s unexpected twists and turns.

The following tips, aimed at those under 40, can help you approach and simplify the estate planning process:

Start now, regardless of net worth. Estate planning is a crucial process for everyone, regardless of wealth level, says Marc Henn, a certified financial planner and president of Harvest Financial Advisors. “Many people will say, ‘Well, I don’t have a lot of assets, therefore I don’t need an estate plan,'” he says. “Maybe you only have debt, but it still applies. If you want the people around you to appropriately deal with your finances, a plan is still just as important.”

This is especially true if you are responsible for financially dependent individuals, such as young children. “The less you have, the more important every bit you’ve got is to you and the people you care about,” says Lawrence Lehmann, a partner at Lehmann, Norman and Marcus L.C. in New Orleans. “If you don’t have much money, you really can’t afford to make a mistake.”

Have the “what if?” conversation with friends and family. Before jumping into the estate planning process, it’s important to establish exactly what you want, and need, to happen after you die and relay those wishes to those around you.

“We find that the best transitions and financial transfers happen when all family members are involved in the decision making,” says John Sweeney, executive vice president of retirement and investing strategies at Fidelity Investments. “This way, after a loved one is gone, no one is squabbling over a couch or going, ‘Why did person A get more than person B?’ If wishes are laid out clearly while the individual is living, they can share the rationale behind the decisions.”

Focus on the basic estate plan components. Experts say life insurance, a will, a living will and a durable power of attorney are all important aspects of an estate plan that should be established at the start of the planning process.

In the event of an untimely death, life insurance can replace lost earnings, which can be especially beneficial for younger individuals, says Bill Kirchick, a partner with Bingham McCutchen law firm in Boston. “Young people can’t afford to die,” he says. “They are going to lose a source of income if something happens to a young couple and they haven’t had enough time to accumulate wealth from earnings to put aside in savings or a retirement plan.” Also, the earlier you take out a life insurance policy, the more likely you are to be approved for reduced rates compared to older individuals.

The next step is to draft a will detailing how you would or would not like your assets to be transferred to your designated beneficiaries following your death. A will should also outline any designated child guardians or financial account trustees, if applicable. “Who is going to look after the accumulated wealth that was put aside for those who may be too young to do it themselves?” Kirchick says. As a general rule of thumb, the more detailed you make your will, the better.

Trustees can be appointed not only to manage the distribution of assets, but also to perform tasks such as accessing your bank account and selling your home. “We call it a durable power of attorney,” Lehmann says. “That documentation is very important and should be appointed to someone you really trust because the power could potentially be abused.”

A similar power of attorney should also be appointed as part of a living will to be responsible for important health care decisions if you become severely incapacitated or disabled. A living will document outlines how you want your life to be treated in the instance that you cannot make decisions for yourself. “Think of it this way: If you don’t have the health care directives in place, or have given someone that authority, who knows what could happen,” says Renee Porter-Medley, a certified financial planner and vice president of Key Private Bank in Naples, Fla. 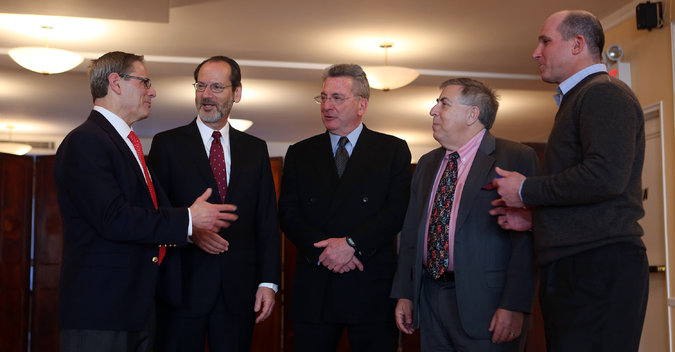 Although money is incredibly important, it is important to make sure it doesn’t define your family structure. If you plan your estate properly, money won’t divide your family unnecessarily. Take a look at this article from someone who is going through the process himself.

MARVIN BLUM, a lawyer from Fort Worth, flew to New York last week to visit his daughter, son-in-law and young granddaughter. Staying close to his family is crucial to him. The same goes for seeing his son, who lives in Austin.

“I’m at a point in my life where the things I want I can’t buy with money,” said Mr. Blum, 59. “I want relationships and memorable moments.”

As hokey as this might sound, like a sentiment scribbled on a Hallmark card, Mr. Blum takes it seriously. He has worked with his son, 31, and daughter, 28, on the family’s threefold mission: “We value relationships. We value productive work. We value meaning in our life, from spirituality or whatever else can offer you something in terms of meaning.”

In New York, Mr. Blum, who runs a large trusts and estates law practice in four cities in Texas, attended a symposium called “Successful Multigenerational Families,” hosted by Tiger 21, an investment club for people with more than $10 million to invest. The room was packed with dozens of very wealthy men and women, all focused on how to deal with wealth from tens of millions to hundreds of millions of dollars so it would not divide their families.

One Tiger 21 member in the closed-door session asked how to explain to his children that the family flies on a private plane for vacations while their friends fly commercial. This may seem like a high-class problem, but substitute “new Toyota” for private plane and “old Toyota” for commercial and the thrust of the question is the same: Why can we afford something my friends cannot?

(For the curious, James Grubman, a psychologist and founder of FamilyWealth Consulting, said that the question provided an opportunity to discuss how the family makes money, chooses to spend it and rationalizes why it is important, for security or convenience.)

Keeping families together is the goal of every parent, rich or not. And while most people do not have the wealth of Tiger 21 members, they face similarly complicated issues when it comes to planning and talking to their children.

RELYING ON PLANNING Putting together a will is important for someone of modest means, just as creating a detailed estate plan is essential for a wealthier family. The focus is often on the planning and by extension, the tax savings and investment choices.

James H. Lowell, 2nd, a principal at Lowell Blake & Associates, which works with 100 families with up to $25 million to $30 million in wealth, said that too many families fixate on taxes and planning, to the detriment of future generations. Mr. Lowell, who was not at the Tiger 21 event, has been an adviser to the Bancroft family, which once owned Dow Jones & Company.

“People make it more complicated,” he said. “I’ve seen 120-page trusts that are unintelligible to me and can be challenged by anyone. There is not enough emphasis on, ‘you’ve got to make it on your own.’ “