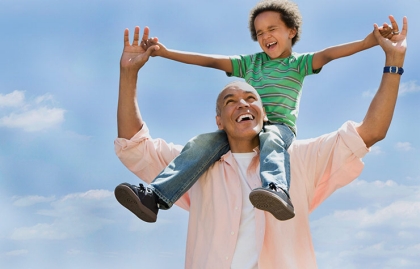 You’ve worked hard for many years. You’ve probably raised a family and shared beautiful memories with those around you. Now all of your hard work is paying off and it is time for you to retire but are you ready? The AARP has some tips that can help you retire with the most money possible. Be sure that planning your estate is also part of your retirement process! Call RD Smith Law for more information.

Some of us embrace it, others dread its approach, but few escape retirement. No matter how you feel about it, you need to take some steps to make sure you have the mental and monetary resources to make this next phase of life a happy one. Here are six key questions you need to ask yourself about retirement, as well as some practical tips for improving your financial security.

Many people who are eligible for retirement prefer to keep working. Sometimes it’s because they need the money or want to keep their health insurance, but often it’s because they like their jobs and the people they work with. So, think hard about whether you’re really ready to give it up – not only the aggravation of work but also the stimulation and the fun of your workplace.

Retirement can last a long time. At age 65, men are expected to live for another 17.7 years and women for another 20.3 years. If you retire at 65, you could spend many years in retirement – too long to be a couch potato. So before you retire, decide what you want to do during the years ahead. Pick something that matches your interests, talents and experience. It could be teaching at the community college, coaching a Little League team or volunteering at the local hospital. Activities like these will give you personal satisfaction. And they will help you create some close connections to other people – a vital need for any happy retirement. Some retirees join service organizations like the Lions, Rotary or Kiwanis. When I retired, I joined a local chapter of Lions Clubs International. I made new friends and became involved in the Lions’ programs to protect and preserve the eyesight of people around the world. It was very rewarding.

The separation between federal and state government has always been a critical part of the way our country functions. The same can be said about education. The No Child Left Behind act was a bit of controversial legislation under president George Bush that many teachers have taken issue with. Now Arizona educators may have more of a say in what the requirements for their state will be.

Arizona was one of seven states granted a temporary
waiver Thursday by the U.S. Department of Education from provisions of
the No Child Left Behind Act.

Federal officials
said the decision to grant a one-year “flexibility request,” a renewal
of a previous waiver, was done to let Arizona “continue implementing its
plans to promote innovative locally tailored strategies” to help
students, close achievement gaps and improve teaching, among other
goals.

“I think flexibility from the onerous requirements of the Elementary
and Secondary Education Act is important,” said Charles Tack, referring
to the formal name of the No Child Left Behind Act.

Tack, a spokesman for the Arizona Department of Education, said there are “some expectations within that piece of
legislation that would deleteriously impact our schools if they were
kept in place.”

Arizona was one of three states,
along with Arkansas and New Hampshire, to get a one-year extension
Thursday. The other states, Alabama, Connecticut, Mississippi and
Wisconsin, were granted three-year extensions Thursday.

The letter to Arizona
said a one-year extension was being granted “in light of continuing
civil rights concerns” over the state’s program for teaching
English-language learners. If the state took further action to address
those concerns over the next year, the federal department would consider
another extension of the waiver.

Tack said Arizona officials had only intended “to apply for the one
additional year. The key for us was to get something in place that our
schools could work with.”

“Our priority was to make sure that for the upcoming year that our schools were not going to be adversely impacted,” Tack said.

In announcing the extension, the federal department cited Arizona’s
efforts under the previous waiver to apply “research-based stratgies” to
improve its lowest-performing schools. It also pointed to the state’s
move to allow intervention in underperforming schools to “fit the
context of the school and community,” including online school
communities.

U.S. Education Secretary Arne Duncan said in a prepared statement that flexibility for states, coupled with a push for reform, has led to “remarkable strides and bold actions to improve student outcomes.”

It comes as Congress is debating a reauthorization and revamping of the much-criticized No Child Left Behind Act.

Duncan has urged Congress to pass a bipartisan renewal that would
give schools the resources they need, account for changing schools whose
students are not meeting standards, address funding for schools with
many low-income students, and more.

The department will work with states to transition to a new act if Congress reauthorizes the law, a release said.

Tack said that help would be welcome, but that’s not what the state is focused on right now.

“We don’t know where this is going to end up depending on how
Congress acts or what a possible new administration wants to see out of
either ESEA or its replacement,” Tack said.

“For us, it’s a matter of, ‘Let’s get our schools taken care of right
now,’ and then keep working with what the federal government as we need
to,” he said.